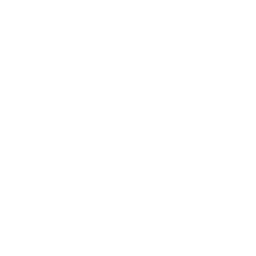 Cheese Campaign During the Palestinian State of Emergency

After the state of emergency due to COVID-19 was announced in Palestine, The Palestinian Farmers’ Union decided to launch a campaign to relieve farmers having difficulties distributing their products due to the restrictions on movement placed by the local government. The campaign focused on distributing luxury cheeses, produced from the steadfast Palestinian valley, for the period of the ongoing state of emergency. As a result, farmers in Palestine, especially those in Area C, who would have otherwise not been able to distribute their products during this period, will benefit from the campaign. The benefit of the campaign will extend even further and, through this initiative, food security throughout the West Bank will be ensured.

On March 5th, 2020, after the first cases of the COVID-19 virus where confirmed in Bethlehem, Palestinian Prime Minister, Dr. Mohammed Shtayyeh declared a state of emergency for the entire occupied Palestinian territory. The highlights of the state of emergency included the following measures: restricted public gatherings to no more than 15 people in a single location, suspended all educational activities, limited restaurants to delivery or to-go items, the closure of the Bethlehem urban area, and a halt in Palestinian employment in Israeli settlements. Incoming travelers from Jordan, as well as those who came into contact with confirmed cases, were sent to home quarantine for 14 days, and, as of March 22, to isolation in medical centers in their areas of residence.

As of March 23rd, 2020, with an increase in the total number of cases to 59 in the West Bank and 2 in the Gaza Strip, the Prime Minister declared a comprehensive curfew. The curfew, which will last 14 days, restricts all non-essential workers from leaving their homes, except for the purchase of food and medicines and emergencies. The curfew also restricts citizens from moving between governorates. Israel has also restricted the movement of Palestinian workers allowed in Israel and prohibited the entry of East Jerusalem Palestinians into Areas A and B of the West Bank. The situation has only deteriorated since then. As of April 13th, 2020, there are 290 confirmed cases of the virus in the West Bank, with even tighter restrictions on movement in place.

During these uncertain times, not only are citizens suffering economically and socially from the ongoing situation, but farmers are being hit especially hard. Within a few days into the curfew, PFU began contacting farmers to identify problems in distribution of their products. PFU identified cow breeders as especially vulnerable during this period of time due to the inability of dairy factories to absorb their products.

On average, dairy factories produce about 100 tons of milk per day. However, a number of cow farmers reported that the dairy factories could not purchase their milk products during this period for several reasons highlighted below.

First, and most importantly, is poor marketing and, thus, the accumulation of products in refrigerators that can no longer accommodate more products. Factories also reported difficulty of workers reaching the factories, especially those who live in areas outside the governorates due to restriction on movement placed by the local government. However, there were some factories that reported that their production increased during the emergency period and, therefore, required additional shifts to increase their absorptive capacity to handle additional quantities of milk. Due to the increase in demand for production and the decision made by the Ministry of Economy to prevent products from the Israeli dairy producer ‘Tnova’ from entering the Palestinian markets, some factories have contracted new farmers to supply them with milk. This information has been verified by the Palestinian Farmers’ Union; in fact, even factories that have owned production lines for pasteurized milk for many years have reported that they need more quantities of milk to cover the shortage due to the restrictions placed on Tnova products in the market.

To address the problem of cow breeders and dairy factories, PFU has launched an additional campaign in order to aid cow breeders in distributing their products to dairy factories. As a result of that campaign, dairy factories have pledged to absorb all Palestinian farmers’ milk during the state of emergency. Although cow breeders greatly benefitted from that campaign, PFU wanted to aid farmers (not just cow breeders, but goat breeders as well) even more by cutting out the “middleman” and allowing for farmers to distribute their product straight to the consumer. In order to implement this, PFU decided to launch a cheese campaign throughout the entirety of the West Bank, which will not only help farmers distribute their products during this period but will also put pressure on traders and merchants to purchase cheese products from farmers at a fair price.

Implementation of the Cheese Campaign

The cheese campaign was launched on March 25, 2020. The campaign’s initiative was to market cheese from cheese farmers in the Palestinian Valley and distribute it directly to the consumer. PFU aimed to relieve farmers from marketing and distribution expenses by creating contact points between farmers and consumers in order to manage the products and customer service. Our campaign ensures that farmers are being paid a fair price for their products. Merchants purchase cheese from farmers at a price of 10 NIS per kilogram, while, with our campaign farmers receive 16 NIS per kilogram. The cheese, as mentioned, was produced from the steadfast Palestinian valley, in light of the Israeli occupation and settlement, at good and reasonable prices (16 NIS per kilo). PFU’s campaign was launched throughout the entire West Bank and cheeses were available for delivery throughout all governorates of the West Bank.

In order to facilitate the distribution of the cheese, PFU released an advertisement on their social media pages with instruction on how to order the cheese. Different PFU team members were responsible for inquires and orders for different governorate and the governorates were divided as follows: Qalqilya and Salfeet, Jenin, Tulkarem, Ramallah, and Nablus. Distributors known to PFU were responsible for distributing the cheese throughout the West Bank, in accordance with all guidelines and curfews placed by the local government. The campaign is set to run until merchants buy cheese products from farmers at a fair price.

As a result of the campaign, resilience of farmers across the West Bank was achieved. Through PFU’s campaign, farmers were able to distribute their cheese products straight to the consumer at a price of 16 NIS per kilo instead of 10 NIS per kilo if a merchant were to purchase their products. Therefore, farmers gain a total of 6 NIS per kilo, which will greatly benefit them during these tough times. If this intervention campaign was not implemented, it is impossible to determine how much money farmers would have lost during this period. Furthermore, cow breeders’ profitability and marketability were increased. Due to our campaign, not only are farmers sure that they have a sustainable source of income during the state of emergency, but they may also see an increase in their profits, as they are receiving 6 more shekel per kilo of cheese. Also, pressure has been placed on merchants and traders to purchase cheese products at a fair price from farmers, considering that they have been cut out of the distribution process at the moment. Finally, food security throughout the West Bank is ensured. Through our campaign, we have been able to distribute 15 tons of cheese throughout all governorates of the West Bank. This is especially important considering the state of emergency in the country and with Ramadan quickly approaching, with cheese being very popular during this month.

PFU has also contacted farmers to see how they are benefitting from the campaign and they have informed us they are very pleased with the success of the campaign.

In these unprecedented times, it is important to come together as one collective unit. In order to overcome the uncertain situation that we are in, shared responsibility and national and global solidarity are essential. It is absolutely critical that we come together to help those in need and PFU has done just that. Due to PFU’s commitment to farmers and through their launch of the cheese campaign, we have been able to aid small-scale farmers in distributing their products easily and at a fair and reasonable price. PFU has allowed for farmers to continue grazing their animals in their lands in order to produce cheese and other dairy products. This is especially important now due the continuous effort of the Israeli occupation to annex Area C.  With the world distracted with the current situation, the Israeli occupation has taken advantage of the situation to try and prevent animal herders from grazing their lands. Therefore, it is extremely important, no more than ever, for farmers to continue farming and grazing in their lands. As an organization that continue to fight for the rights of small-scale farmers, PFU also has a social obligation in ensuring the food security of millions throughout the West Bank. Through PFU’s ongoing campaign, we have been able to distribute products straight to the consumer, making it easier for households across the West Bank to receive their products